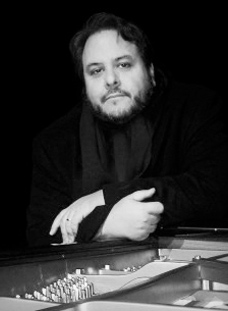 A talented jazz pianist and keyboardist, the two time Emmy Award winning multifaceted Nick Manson is also a composer, arranger and producer who has excelled in several fields.

Nick was a major player in the development and design of Atmosphere, Stylus, Trilogy and Stylus RMX for Spectrasonics. He has owned and operated his own recording studio for the past 20 years and runs his own CD label, Manasus Music. He has been a guest lecturer and clinician at many schools (including USC, the Los Angeles Music Academy, Iolani School in Honolulu, Bremerton Community College, ASU and Edmonds Community College) and he taught music theory at the Art Institute of Seattle. Currently Nick is a professor at Mesa Community College in the Jazz Studies program, teaching jazz composition, arranging, playing ensembles and music business courses. He has performed everywhere from the Kennedy Center to the Concord Jazz Festival, Jazz Port Townsend, The Baked Potato, The Jazz Bakery and Seattle's Jazz Alley, and toured throughout Europe, South America and Asia.