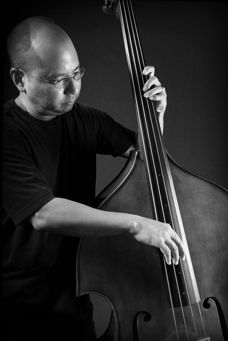 If you've ever played Trilogy or Trilian, you've already played with Dean. :-)

Now a highly regarded studio and freelance musician, Dean Taba began his musical studies on the piano at the age of 6 and played french horn in the Hawaii Youth Symphony. It was a desire to play in the high school jazz band that introduced him to the bass and improvised music. After extensive studies at the Berklee College of Music in Boston and a refinement of his skills on both the acoustic and electric bass, Dean relocated in 1984 to Los Angeles to become one of it's most in demand musicians.

In spite of his busy schedule, Dean is always sure to devote time to writing music for his own projects, the latest of his three CDs is The Camarillo Waltz. This recording features 10 of Dean's innovative Jazz compositions.