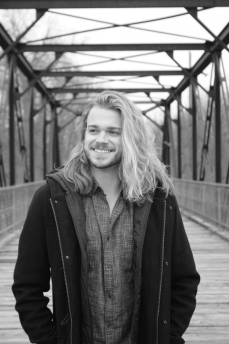 Quay’s journey with music started at a young age with his interest in playing guitar. Growing up in the midwest, he found himself under the wings of local blues bands and learning the ropes of expressive playing while developing his own style. Quay quickly created his own band, toured as the Quay Thomas Trio, and his Quay Thomas Duo were finalists in the International Blues Challenge in Memphis.

Quay released original music and was later accepted into the Berklee College of Music in Boston. Influenced by electronic music and sound synthesis, Quay found the importance of music technology and graduated with a degree in Electronic Production and Design. During his time at Berklee, Quay surrounded himself with hardware synthesizers and other audio equipment.

After graduation, Quay moved to LA, thrilled with the opportunity to be part of the Spectrasonics team. Quay continues his enthusiasm for sound design, focused on applying creative techniques to create musical sounds.