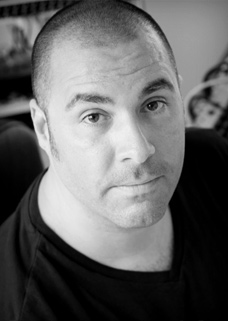 As a young video game junkie in the 1980ʼs, James was immediately drawn to the quirky blips and bleeps coming from the speakers. After completing a course in audio engineering, James became involved in the early rave scene in New York in the early 1990s. He went on to become both an electronic musician with releases on many well-respected labels in the USA and UK, and a sound designer/product specialist for Korg and Propellerhead Software.

His first release was the ambient album “Atmospherics” on the well respected UK label, Rising High Records in 1994 and is considered by many to be one of the classic ambient albums of itʼs time. James also produced many early trance tunes as “Influx” during the early 90s and later on shifted his sound to more of an Ambient/IDM/Acid vibe.

Working with a combination of software, hardware and modular synths, James continues to shape his sound and incorporate all the different elements and styles of electronic music that have influenced him over the last 20+ years.

James has performed at the LA Modular On The Spot events and at many different electronic music events around the world, sharing the stage with artists such as Juan Atkins, DNTEL, Spacetime Continuum (Jonah Sharp) and many more.