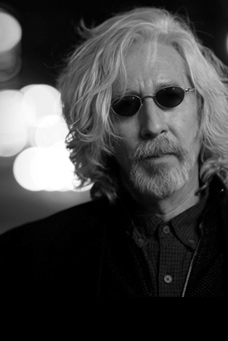 Jonathan Merrill has composed, produced, and conducted award-winning scores for all types of media, in all styles imaginable. He has collaborated with advertising agencies, talent unions, film studios, TV producers, Fortune 500 companies, and even a Presidential candidate. His work encompasses over 300 commercials (including Mercedes, Ford, Budweiser, McDonalds, and Disney), hundreds of episodes of television, all types of New Media, video games, and Radio ID music packages for stations in the US, Russia, Japan, and Turkey. He has also written, produced, and licensed songs and library music extensively in TV and film.

You’ve seen Jonathan conduct orchestras with Guns N’ Roses in the MTV Video of the ‘90s, “November Rain,” on the MTV Awards with Elton John, and on the 2015 Super Bowl commercial, NFL “Rally.” He is frequently hired to conduct recording sessions for other composers and as producer/arranger for many indie artists for their CDs and TV appearances on shows including The X-Factor.

Jonathan teaches Orchestral Conducting in the UCLA Extension Film-Scoring program, classes in Music Business and the use of Computers in Music at California Polytechnic University, and is a regular guest lecturer at several Los Angeles area universities. He serves as a regular judge for the Emmys and the College Television Awards for the Television Academy and is actively involved in the Recording Academy, BMI, ASCAP, SAG-AFTRA, and the AFM.

He has performed at the Hollywood Bowl, Disney Hall, the Shrine Auditorium, the Music Center, and the Montreux Jazz Festival in Switzerland. Among his many performances, he has sung with Gustavo Dudamel and the Los Angeles Philharmonic, as well as live performances of the “Nightmare Before Christmas” with Danny Elfman and Oingo Boingo, “Star Wars in Concert,” and numerous performances of “The Music of Danny Elfman from the Films of Tim Burton” at the Nokia, Microsoft, and Honda Theaters.

Among a variety of contributions as a Spectrasonics team member, Jonathan creates sounds, samples instruments, writes and edits extensively for the Reference Guides, and you’ve heard his voice on many of the Tutorial Videos.