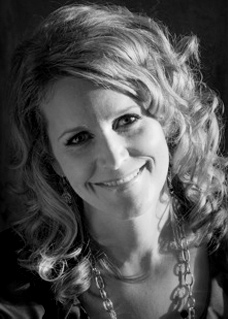 Jennifer Ivester is a professional singer from Gig Harbor, Washington. She is a well known performing, recording session, and voice-over singer in the greater Seattle area, and she owns a recording business. Part Predominant Recordings develops part study recordings for choral scores that choir members use to learn their singing parts.

Jennifer grew up singing in a musical family (Her mother, Pauli Pedersen is one of our other featured sopranos), and began singing professionally at age 11. At the suggestion of Bobby McFerrin, she went on to attend the elite Phil Mattson School of Music in Washington State where she received her degree in classical and vocal jazz performance.

When Jennifer's group was nominated for a Grammy Award, she attracted the attention of music production companies across the U.S. and Canada. Since then, Jennifer's remarkably versatile voice has been featured on a virtual "Who's Who" of jingles, film scores and album projects. She has toured the U.S., Japan and Australia, performing in such venues as the Sydney Opera House in Australia, the Universal Amphitheater in Los Angeles and was featured in the final concert for the Ambassador Auditorium in Pasadena, California. Jennifer's vocal style, technique and versatility thrill audiences everywhere.