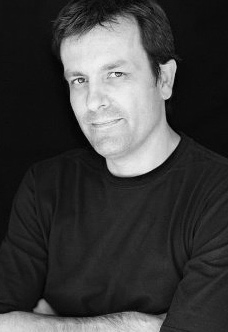 Rupert Gregson-Williams is a British film score composer and was conductor of the Symphony of Voices recording sessions.

Over the years Rupert's career has had many contrasts: As a youngster, he toured extensively, singing in Japan, USA, Australia and Europe - even singing a private performance for the Emperor of Japan. Rock and Jazz bands have had Rupert play on their recordings while film composers have used his voice on such films as "The Lion King", "Pocahontas", "The Hunchback of Notre Dame", "Crimson Tide" & many others. Educated at St John's College, Cambridge choir school and Lancing College, he is the brother of composer Harry Gregson-Williams and former member of Hans Zimmer's renown Media Ventures team of composers.

His filmography includes Over the Hedge, Hotel Rwanda, Click, I Now Pronounce You Chuck and Larry, Bee Movie and You Don't Mess with the Zohan. He has also written music for the video game Battlefield 2: Modern Combat, and television shows, including British comedy-drama William and Mary, Long Way Round, Made of Honor, and Bedtime Stories (film), and ITV's re-imagining of The Prisoner.