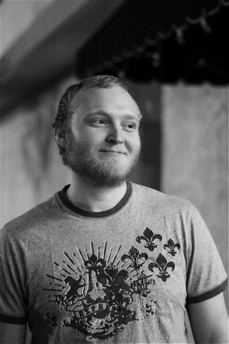 With a passion for working with sound, Adam has provided sound design, ADR and re-recording mixing services on numerous award-winning commercials, shorts, webisodes, music videos, television shows and feature films spanning multiple genres and languages. Adam founded his company Hawksound in 2004 after earning a BS in Music Industry from the University of Southern California.

While studying many instruments, Adam also DJs and remixes under the moniker "DJ Hawk" and has written many original compositions as well. He hosted a college radio show at USC and later an internet radio show for dublab.com. He also worked at Conway Recording Studios in Hollywood and in the music department at MGM.

In addition to his many creative projects, Adam's was also one of the key members of the Spectrasonics Team for many years - serving as our Director of Communications while also contributing sound design work to numerous award-winning Spectrasonics products. You may also recognize him as the mysterious "Raving Guy" in the Omnisphere Video Episodes. :-)