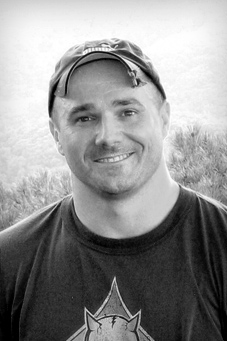 From childhood, Jack Mazzotti was bound to become a creative force.

Jack considers himself lucky to have had a homegrown music education, being exposed to all kinds of creative expression early in life - with his grandfather playing trombone in big bands, his drummer father leading several bands in the sixties and seventies and his mother being a teacher, visual artist and children's book author. Jack has many fond memories of the family gathering together in the living room and doing nothing other than listening to great music from all across the musical spectrum - from The Beatles, to fusion groups, jazz and Stravinsky. From there he discovered the seemingly endless universe of sound from ambient radio shows. It was from those experiences that Jack's love of synths and soundscapes came into being.

After owning many synths over the years, Jack found that none of them have the easily accessed power of Omnisphere. We discovered Jack's sound design skills through his excellent patch postings on KvR.com. He works out of a small but powerful home studio that is based around Ableton Live, a Monome, an ipad and a few very powerful softsynths including all the Spectrasonics instruments. The time he spends in the studio is spent on creating evolving ambient soundscapes and programing synths. Jack has deep house tracks released on the German label 26-00 Records and several compilations. Jack's ambient music has received support from the likes of the godfather of ambient djs Mixmaster Morris, Pan Ambient Radio, A Strangley Isolated Place and others. His creative process is heavily based in improvisation and the beauty of God's creation.