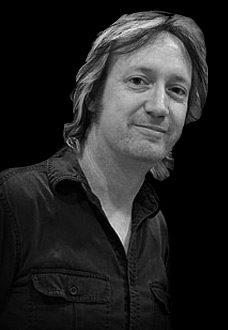 Brian Kehew is a Los Angeles-based musician and music producer. He is a founder and member of the Moog Cookbook and co-author of "Recording the Beatles," an in-depth look at the Beatles' studio approach.

Kehew acts as consultant and programmer for many music equipment manufacturers, including contributions to Moog's Little Phatty and Moogerfooger, as well as the Alesis Andromeda, Ion and Fusion synthesizers.

Currently, Brian is serving as the Archives Historian for the Bob Moog Foundation, a non-profit organization whose goal is to preserve the archives of Dr. Robert Moog and to teach children about science, music, and innovation by bringing electronic music to schools.

In addition to having co-produced Fiona Apple's album, Extraordinary Machine, Kehew has mixed recordings for Elvis Costello, Yes, ELP, Talking Heads, and many others, including Tiny Tim!

His written commentary has been published in Tape Op, Keyboard, and Beatlefan magazines.