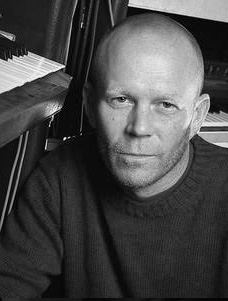 Often referred to as the Benjamin Franklin of synth music, Vince Clarke's name is synonymous with synth pop. He has been the founder and key member of many popular and lasting musical acts, including Depeche Mode, Yazoo (with Alison Moyet), The Assembly, and Erasure. Clarke is considered a legend in the history of electronic music.

After having spent the last 30 years amassing one of the world’s most impressive collections of rare, analog synthesizers, Clarke is equally at home with virtual instruments. He now works from his studio called "The Cabin" in the woods of Maine.

To Clarke, music is alchemy - he gets to make “something from nothing.”

Renowned for his songwriting, Vince is also sought after for remixes, including work for Franz Ferdinand and Goldfrapp.

As with most musical geniuses throughout history, Vince Clarke is left-handed.