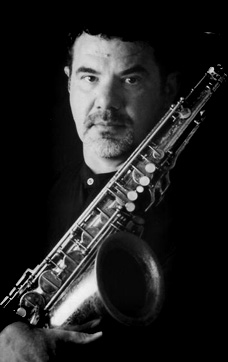 From humble beginnings sitting in with the jazz trio at his uncle’s bowling alley to making his professional debut with Sly and the Family Stone, composer, sound designer and multi-instrumentalist Steve "Tav" Tavaglione has cultivated a reputation as one of the music industry's most inventive and respected players.

Tav was a founding member of the pioneering Worldbeat ensemble Caldera - originators of the Latin pop sound which inspired many new artists in Flamenco and Global Pop.

Tav's inspiring solos can be heard in dozens of blockbuster films, including Ocean's 11 & 12, Finding Nemo, American Beauty, and A Bug’s Life. His special talents on the Akai EWI are featured in the Disney hit, WALL-E.