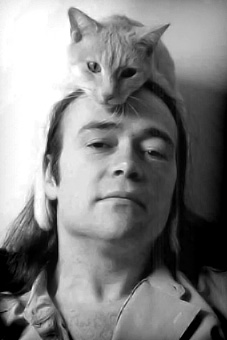 Composer, performer, and synthesist Jack Hotop is yet another one of those super-talented Berklee College of Music guys - they're relentless! :-)

Jack's passion for synthesizers was ignited even before Berklee, while studying at the Boston School of Electronic Music. After spending time on the road as a keyboardist and synthesist with the Drifters, Gloria Gaynor, and John Entwistle, among others, Jack started working for Korg as a sound designer and product development specialist.

He proved himself as one of the industry's truly innovative engineers during the early synthesizer craze by playing a key part in the development of the first MIDI workstation, the legendary Korg M1.

In addition to the M1, Jack’s sound design & development credits include a few other synths you may have heard of: the Poly 800, Wavestation, 01/W, Trinity, Triton, KARMA, and OASYS.

A popular clinician in the US, Europe and Asia, Jack has been featured numerous times in Keyboard Magazine, and Electronic Musician Magazine.

Jack is currently the Senior Voicing Manager at Korg USA and continues to work on film, television and recording projects in the New York area.