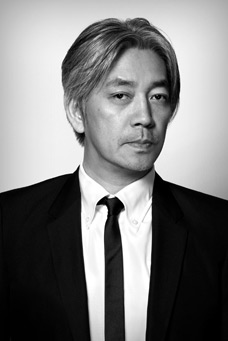 Worldwide audiences both young and old have found inspiration in the music of composer, musician, producer, and Renaissance man, Ryuichi Sakamoto.

He has collaborated with such diverse luminaries as David Bowie, David Sylvian, dramatist Robert Wilson, author William S. Burroughs, the Three Tenors’ Jose Carreras, and the Dalai Lama. Ryuichi was tapped to write music for the 1992 Olympic Games in Barcelona and for the 400th anniversary of the city of Mannheim, Germany.

His most recent tour, "Playing the Piano", has toured in Japan, Europe, and North America. The concerts are performed using two grand pianos, one played live by Sakamoto, and a second one that interacts with Sakamoto’s playing via MIDI controller, creating a virtual piano duet.