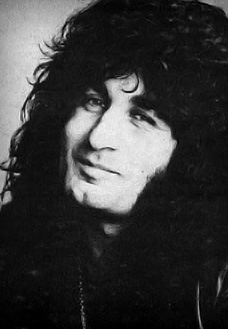 Born in Switzerland, Patrick Moraz began his studies in violin and piano at an early age and went on to study composition with Nadia Boulanger, joining a roster which includes Aaron Copland, Quincy Jones, and Michel LeGrand. At sixteen, Patrick gained attention as the youngest person ever to win “Best Soloist” at the Zurich Jazz Festival and at eighteen, he was opening concerts in Europe for John Coltrane. Patrick's education included further composition study with such notables as Pierre Boulez, Karlheinz Stockhausen, and Iannis Xenakis.

His early career included composing film scores, including the Cannes Film Festival award-winner, "L'Invitation," several successful tours with his own bands, Mainhorse and Refugee, and an international tour accompanying a Brazilian ballet company.

Shortly thereafter, Patrick's reputation sky-rocketed when he was invited to join the supergroup, Yes - being featured on the group's classic "Relayer" album. And if that wasn't enough, he later joined the Moody Blues, and played on their #1 Billboard album,“Long Distance Voyager.”

Patrick's first solo effort, “The Story of I," was voted “Best Keyboard Album” of the year by Keyboard Magazine and he was named “Best New Talent” that same year. The release of Patrick's solo album, “Windows of Time,” prompted Keyboard's Robert Doerschuk to write,“If Beethoven had gigged with Yes, he might have wound up sounding like this!"

In addition to work with fellow Yes alumnus, Bill Bruford, Patrick has recorded with many of his virtuoso contemporaries, including Chick Corea, Bunny Brunel and Kazumi Watanabe.

Patrick has logged many creative hours at the Audio Playground Synthesizer Museum and Studios in Orlando, Florida, and continues to compose extensively. He is currently writing a cantata for choir and orchestra.