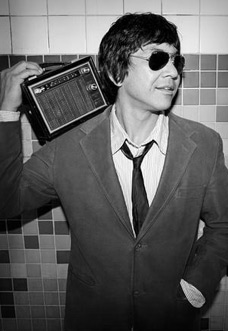 You know that super-hooky keyboard lick from "Where It's At" on Beck's album, Odelay? Strong hooks are business as usual for eclectic and forward-thinking Money Mark. He earns his reputation as a modern-day, musical Midas with every collaboration.

Mark was the cornerstone of an early line-up of the Wallflowers and his musicality was the element responsible for the chemistry in the Beastie Boys' epochal "Check Your Head."

Money Mark is signed to Jack Johnson's Brushfire Records and recently composed the score to the feature documentary, "Beautiful Losers."

He continues to produce, remix, and compose for film, TV, and video games, and has just been immortalized in the form of his own collectible action figure.