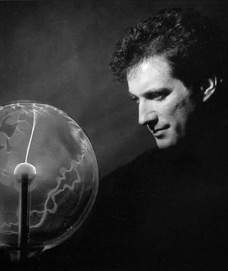 Upon the release of “Electronic Realizations for Rock Orchestra” in 1975, Larry's new approach to electronic music was unleashed. Using Moog, Oberheim, and Mellotron textures, he combined the precision of Wendy Carlos and Tomita with his own rock sensibilities. Obvious was the care taken in the over-one-thousand overdubs, which, by today's standards is not that much, :-) but in 1975? Whoa, Nelly!

Larry's electronic re-workings of other's compositions are also worth noting. Check out his versions of Mason Williams’ “Classical Gas,” his mash-up of Dvorak’s “New World Symphony” with Ralph Towner’s “Icarus,” and his remarkable interpretation of Richard Rodgers “Slaughter on Tenth Avenue.”

Larry has (quite appropriately, we think) performed as a member of Wendy Carlos' "Switched On Bach Ensemble" and is the recipient of Keyboard Magazine's Best Synthesist award.