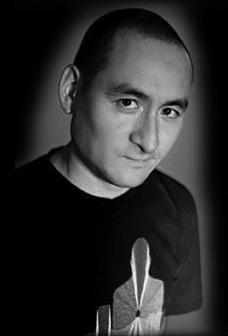 Richard Devine is recognized for producing a fantastically-layered and magically-processed sound, where he combines influences from hip-hop and electronic music, both ancient and modern.

Devine first started using computers for composition in the early '90s at the Atlanta College of Art, where a professor sparked his interest in computer synthesis by introducing him to CSound and other cutting-edge software. Here Richard coded several FFT applications in SuperCollider, an environment and programming language for real-time audio synthesis. “It’s interesting, because you’re doing things to sound that just aren’t physically possible.”

Richard's outstanding remix of Aphex Twin's "Come to Daddy" led to an opportunity to record his own album, "Lipswitch," which was jointly released on Schematic and Warp.

He has contributed his sound design alchemy to a number of hardware and software manufacturers and has recently released his own official sample library through Sony Creative Software entitled, "The Electronic Music Manuscript: A Richard Devine Collection."

Richard has scored commercials for Nike and Touchstone Pictures and has performed his own music in concerts all over the world.