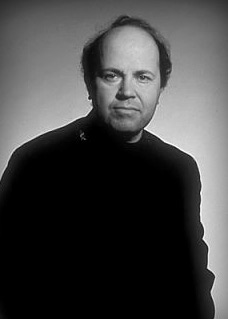 Jan Hammer was born in Prague, Czechoslovakia. He began playing piano at age 4 and by 14, was performing with his own jazz trio throughout Eastern Europe. He entered the Prague Academy of Muse Arts, but with the Russian invasion in 1968, he emigrated to the U.S. with a scholarship to Berklee School of Music and later become a US citizen.

After finishing college and touring for a year with Sarah Vaughan as her music director, Jan changed gears and joined the Mahavishnu Orchestra. During his tenure, the band sold over 2 million records and performed 530 shows in two years.

By the Fall of 1984, after having scored a long list of motion pictures, as well as numerous documentaries and commercials, Jan was chosen to compose the music for a new kind of music video-style cop show, where the music was often the only sound played against the picture. Hammer's "Miami Vice Theme" hit number one on the Billboard Hot 100 Singles chart and became a top 5 international hit. This earned him two Grammy awards: “Best Pop Instrumental Performance” and “Best Instrumental Composition.” In all, he wrote and produced the music for 90 episodes of Miami Vice.

The Miami Vice Soundtrack album stayed #1 in Billboard for 12 weeks, hitting quadruple-platinum and selling over 4 million copies in the U.S. alone, with worldwide sales in excess of 7 million.