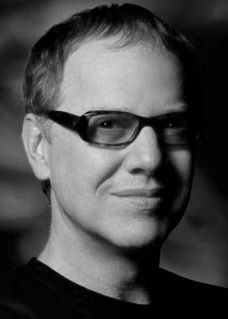 From his New Wave band Oingo Boingo and his first orchestral film score, "Pee Wee's Big Adventure," to the theme song for "The Simpsons." and the epic "Iris," for Cirque du Soleil, composer Danny Elfman has created one of the most distinctive bodies of work in contemporary film music.

He brings his talents to a dark fantasy world populated by superheroes, monsters, and freaks, with scores for "Beetlejuice," "Edward Scissorhands," "Mars Attacks!" and "Batman," as well as composing tender and timeless melodies for films such as "Black Beauty" and Charlotte's Web."

Often referred to as "Hollywood's hottest film composer," Danny says: "I get drawn to things that don't make any sense, and I learned early on not to resist that." He cites Bernard Hermann and Nino Rota as influences, but his work defies categorization.

Known for his use of haunting vocals, Danny has sung on a number of his own scores, providing the voices for Jack Skellington in "Nightmare Before Christmas," Bonejangles in "Corpse Bride," and all the vocals for the songs in "Charlie and the Chocolate Factory."

Elfman also works in the classical world, including "Serenada Schizophrana," written for the American Composers Orchestra (who premiered the piece at Carnegie Hall) and "The Overeager Overture," an "overture to a nonexistent musical," written for the Hollywood Bowl Orchestra.

Danny received an honorary doctorate from the North Carolina School of the Arts and was awarded Film Composer of the Year in 2008 by the International Film Music Critics Association.

While we have not been able to verify rumors that Danny traveled to Paris to learn fire-breathing, it is no surprise that Danny admires Peter Lorre and owns a dachshund.