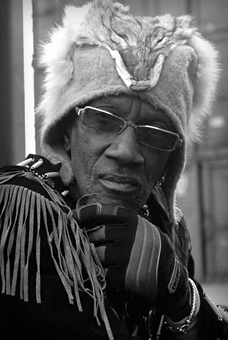 Bernie Worrell began his piano studies at the age of three and gave his first public performance a year later. He wrote his first concerto at eight and performed with the Washington Symphony Orchestra at ten. His classical studies continued throughout his adolescence, culminating in studies at the Juilliard School and the New England Conservatory of Music.

After serving as Musical Director for Maxine Brown, Bernie founded Parliament/Funkadelic with George Clinton, and later became a key member of Talking Heads and appeared in the seminal concert film, "Stop Making Sense."

In addition to his high visibility as a studio musician on recordings by Bill Laswell, Keith Richards, the Pretenders, Jack Bruce, Dee-Lite, and many others, Bernie is one of the most sampled musicians ever - countless artists have built their tunes around his signature riffs.

An original member of David Letterman's CBS Orchestra with Paul Shaffer, Worrell co-wrote the score for the cult classic, "Car 54, Where Are You?," the NBC mini-series, "Kingpin," and was inducted into the Rock and Roll Hall of Fame in 1997.

The documentary film, "Stranger: Bernie Worrell on Earth," explores the fascinating life of this master musician.