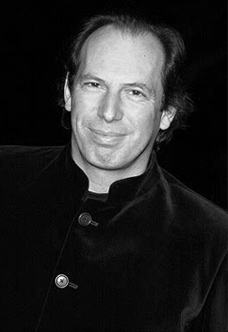 Hans has been honored with an Academy Award®, two Golden Globes, and three Grammy’s. The American Society of Composers, Authors, and Publishers has presented him with the prestigious Henry Mancini award for Lifetime Achievement for his impressive and influential body of work. Zimmer has received a total 9 Golden Globe Nominations, 9 Grammy Nominations, and 8 Oscar® Nominations, for flims including "Inception" and "Sherlock Holmes". He has also been honored with the prestigious Lifetime Achievement Award in Film Composition from the National Board of Review and his own star on the Hollywood Walk of Fame.

German born, Zimmer is a pioneer in the use of digital samplers and synthesizers, advanced computer technology, electronic keyboards and their successful integration with the traditional orchestra in music for film and television. Hans’ interest in music began early, and after a move from Germany to the U.K., would lead to playing with and producing various bands, including The Buggles, whose “Video Killed the Radio Star” was the first music video to ever appear on MTV.

But Hans was most interested in the world of film music. Not long after meeting his mentor Stanley Myers, the two founded the London-based Lillie Yard Recording Studios. This background in collaboration and mentoring never left Hans either, and he created a Santa Monica-based musical ‘think tank’, Remote Control Productions, in order to build a creative environment to nurture the talent of those new to the composing world. In the process, he has launched the careers of an unparalleled number of well-known film and television composers.