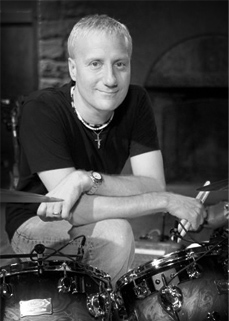 Gregg's awesome versatility, limitless energy and astounding collection of drums was the perfect match for Spectrasonics drum projects. Gregg's is known around the world for his powerful, and inspirational drumming, whether as a soloist, sideman, teacher or a band leader.

Family and music go hand in hand for Gregg, growing up in Detroit, Michigan with his bassist brother Matt (of Trilian fame) and his band leader Dad. Gregg went on to study at North Texas State where he was featured in the famed "One O'clock Jazz Band." After college he soon joined Matt in the Maynard Ferguson Big Band. By the early `80's Gregg had relocated to Los Angeles where his ability to seamlessly fit into a wide variety of musical situations rapidly established him as a session legend.